Skip to main content
Can dogs smell fear?
Back to blog overview

It’s an old saying - usually told as a warning in case you run into an unfamiliar dog - but is it true that a dog can smell human fear, or any other emotion for that matter? 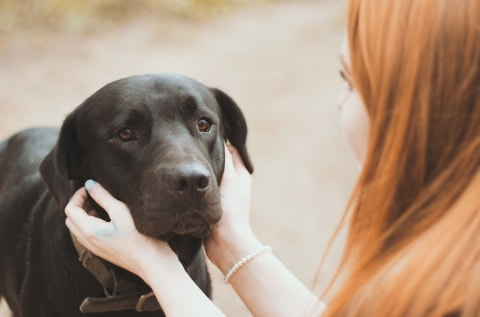 If you’ve ever owned a dog or worked as a pet sitter, you’ll know that it certainly seems like dogs can pick up on our feelings.

It’s actually been suggested that dogs can sense our emotional state through a whole lot of involuntary signals such as our body language, the tone of our voices and our facial expressions.

But what about the smell of our emotions, particularly fear?

A recent study has found evidence that yes, dogs can indeed smell our fear and that they will often take this fear on themselves. It seems we really do influence our canine friends a lot more than we realize!

To summarize the experiment: the human participants were shown films that invoked fear, joy or a neutral response. Sweat samples were then taken from the humans and shown to the doggy participants, who showed a stress response (including clinging closer to their owners) when they smelt fearful sweat. Sweet!

Though this seems to prove it once and for all, this scent response is likely to be part of a whole web of cues that our furry friends can pick up. Aren’t our four-legged friends just amazing?

An apartment dog needs as much enrichment as any other dog. Here are so tips to keep your apartment dog happy and healthy in a small space.

How long can you leave a cat home alone?

Cats might seem super independent, but they have social, mental and physical needs just like any other pet. As such, it’s best that your cat has some company at least once every day in order to remain happy, safe and healthy. Here is why.

Dog depression | why is my dog sad?

Dog depression describes when a dog displays altered behaviour because of a low mood. Here are the signs to look out for and what you can do.